Should You Consider Seeing The Lion King?

Should You Consider Seeing The Lion King?

Jennifer and I went last night to see The Lion King on opening night. We enjoyed the new Lion King but honestly, never saw the animated Lion King movie. I’m not comparing it to the animated film. I enjoy being with Jennifer period, so it was great. We watched the Lion King in 3D, and I’m not sure it made it better, it was the only one with seats left at 7:30 in Dublin. 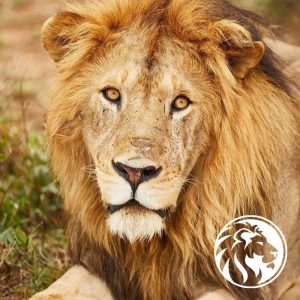 A friend from church took this picture of a lion in Kenya this year.

The best part of seeing the Lion King is the trip to Africa without the plane ride. We love seeing the animals and land. What stood out to me in the movie is the lesson that someone must make a sacrifice for life to thrive. The Lion King movie is inviting us to do what is right for others. It honestly sees fighting as a last option, not the first option. A self-centered life is negative and evil. The Hyenas are a picture of the selfish lives of thieves, and their “bellies are never full.” Proverbs 13:4 A sluggard’s appetite is never filled, but the desires of the diligent are fully satisfied.

Lions are interesting to me, and I made them the symbol for my website. For me, the Lion is about Jesus. The Lion of the Tribe of Judah. One day Jesus will return as a lion to set things right. This sounds familiar to some of us. Creative Disney is adopting an age old idea of good vanquishing evil.

What would happen if people saw Jesus as The Lion King? Proverbs 28:1-2 gives us some Biblical insight into the Lion King.

1 The wicked flee though no one pursues,

but the righteous are as bold as a lion.

2 When a country is rebellious, it has many rulers,

but a ruler with discernment and knowledge maintains order.

We Can Be Free from Evil

When wickedness is kicked out of a city, “the pride” of a neighborhood, then no one will follow Scar. “Spoiler alert” that is the end of the story, movie, and Bible, evil is defeated. No one will want to follow wickedness after the fight. We have to invite people to follow the King now.

Look at the second part of verse one because it reminds us of Simba. Boldness is a choice. We have to hear the voice beyond the stars calling us to live a life of purpose. We have to be willing to take the risk to confront the evil negative thoughts about ourselves and the world we live in, but the voice of a heavenly Father is our strength. The voice of his father Mufasa was strength to Simba.

Our Lion King is Jesus. “God made him [Jesus] who had no sin to be sin for us, so that in him we might become the righteousness of God (2 Corinthians 5:21).” We have boldness and righteousness from faith in Jesus, our King. Jesus victory on the cross redeemed us out of the hand of the enemy (Ephesians 1:7). We don’t have to live under the pain and lies of Scar. We have a Father beyond the stars and with us now.

The power of a righteous “Lion King” goes out to all who want to live under his rulership. Submitting to the good King brings order and a wave of peace to life. The rule of evil is destructive. You don’t have to live in fear. Isaiah 32:17, “The fruit of that righteousness will be peace; its effect will be quietness and confidence forever.” Righteousness produces peace, quietness, and assurance. When you and I accept Jesus as our Lion King, we receive the gift of righteous living. Another scripture that illustrates this and the two kingdoms of the movie is in Romans. “For the kingdom of God is not a matter of eating and drinking, but of righteousness, peace, and joy in the Holy Spirit… (Romans 14:17).

I want to invite you to say a prayer. Read it and then if you like it say it aloud as your prayer. When we speak a prayer aloud not only does God hear it, but the spirits and angels listen to us too.

Father, In heaven. I come before you in the Name of Jesus, Your son the true and rightful King of this world. I have lived under the rulership of selfishness long enough. Forgive me. I no longer want to live that way. I choose Jesus as my King. Take away the punishments due to my sin and replace it with His righteousness. I want the peace, quietness, and assurance that comes from your kingdom in Jesus name I pray, amen.